In a unanimous vote Wednesday the Lansing Town Board named a new road 'Louise Bement Lane' to honor the Town Historian.  The new road will connect the new Milton Meadows project that is currently under construction, the first project to be realized on town center land.  It will form a four way Intersection with Auburn Road (State Route 34B and Woodsedge Drive.  Councilwoman Andra Benson said she wants to honor Bement, and the Board agreed, passing a resolution to name the road for Bement unanimously.

"She has done a lot for the Town," said Councilwoman Katrina Binkewicz. "She was a teacher, writing the books about the history of various things up to the present.  The amount of hours and devotion and enthusiasm that woman has put into our town's history is just awe inspiring."

Benson advocated for the name 'Louise Bement Lane'.  She made a motion to name the road, and it was seconded by Binkewicz. 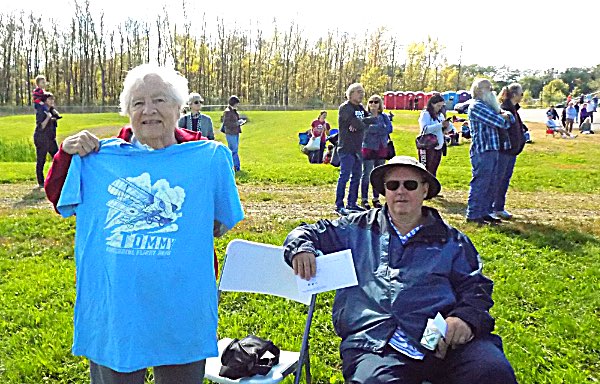 As a fourth grade teacher at Lansing Elementary School, Bement involved her students in writing four books on the history of the cement company on Portland Point, the International Salt Company that used to be located on what is now called Salt Point, Cayuga Lake, and the rock salt mine now operated by Cargill. The books are still available for sale.  Last year she wrote a series of 'Lansing Bicentennial Minutes' for the Lansing Star, which she has compiled into a book available from the Lansing Historical Association.  Communities in New York State with over 400 residents are required to have an official historian.  Bement has served Lansing in that role since 1981, and is President of the Lansing Historical Association's Board of trustees.

Typically developers build roads to their projects to town specifications, and then dedicate the finished road to the town, which then takes on maintenance responsibilities.  Supervisor Ed LaVigne said he wants to have a ceremony honoring Bement after the road has been dedicated to the Town.