New York State has the third lowest percentage of positive COVID-19 test results, according to a testing statistics website maintained by Johns Hopkins University & Medicine.  As of this writing (10/20) New York State was reported at 1.2% positive results, with 998 new cases -- down from the previous week.  6.2 per thousand New Yorkers were tested, up from the previous week.

The site offers several views including an overview of the states, and maps showing new confirmed cases per thousand people, percentage of positive tests, and the weekly change in testing.  It also offers charts on which states meet WHO testing guidelines, testing and deaths statistics, and trends. 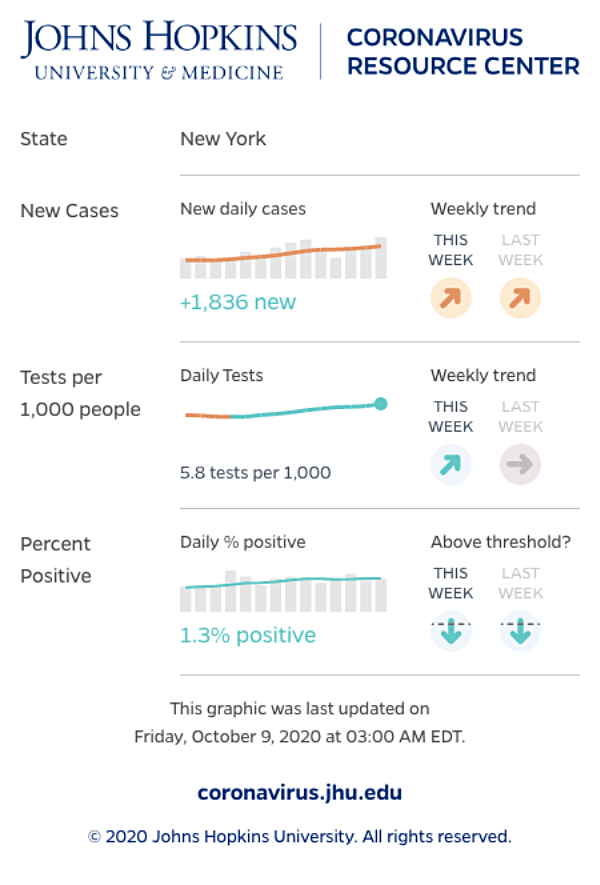 Nevada had the second worst result with 46% positive results.  Peurto Ric scored 100% positive tests.  Maine had the lowest percentage at 0.4% positive, and Massachusetts had the second lowest at 1.1%.  Rounding out the top 5 are Vermont and the District of Columbia.