Boys' 1600m
The Lansing Varsity Track and Field team hosted Dryden and Trumansburg for a dual-meet on Monday, April 8. The event also marked Senior Night for four girls and five boys. For the girls, Claire Dowell, Ellie Howell, Destiny Little, and Eden Jackson were celebrated and for the boys it was Ben Caveny, Dakota Edwards, Jacob Searles, George Taylor, and Trey Warner competing in their final home meet. Dowell and Howell (together with Junior Teresa Garcia) put a cap on the celebration by singing the National Anthem before the competition.

For the meet, the girls went 1-1, beating Dryden but falling to Trumansburg. The loss marked the girls' first dual meet defeat in over two years. But as coach Becca Lovenheim said after the meet "PRs were earned and good training is happening; we're excited about seeing how far we can push ourselves this season." The boys fell to both Dryden and Trumansburg but both results were close. Trumansburg won the meet overall. 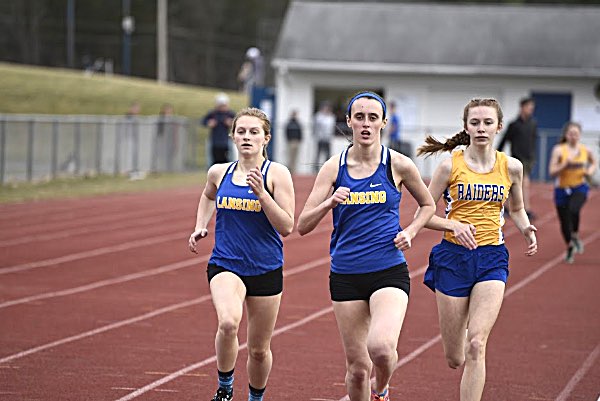 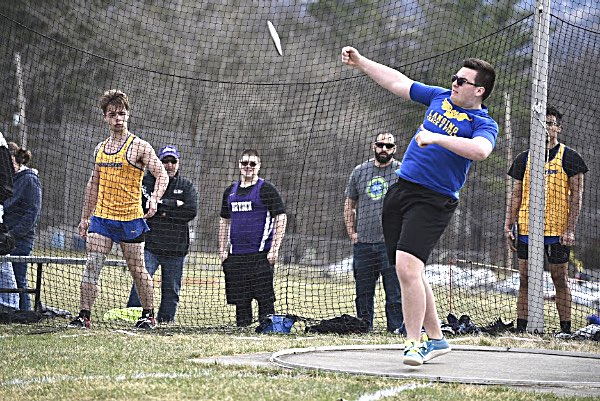 Discus
There were many strong performances throughout the windy afternoon:

In addition, strong performances by a number of freshmen and sophomores bode well for the next few years of Lansing Track and Field. Sophomores Mackenzie Stark (3rd in 800), Hana Thibault (2nd in 400m hurdles), Miles Kimball (4th in 110m hurdles), Emmie Jackson (2nd in 3000m), and Connor Watts (4th in 400m and 6th in 200m), and Teddy Brenner (4th in 800m) and along with Tornusciolo's 2nd in pole vault, freshman Sam Bell scored points with a 3rd in the 800m. 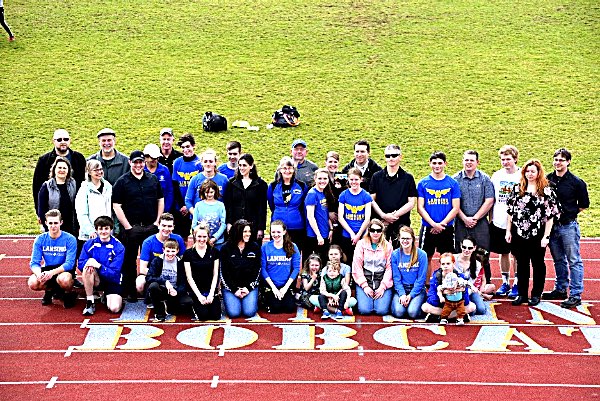